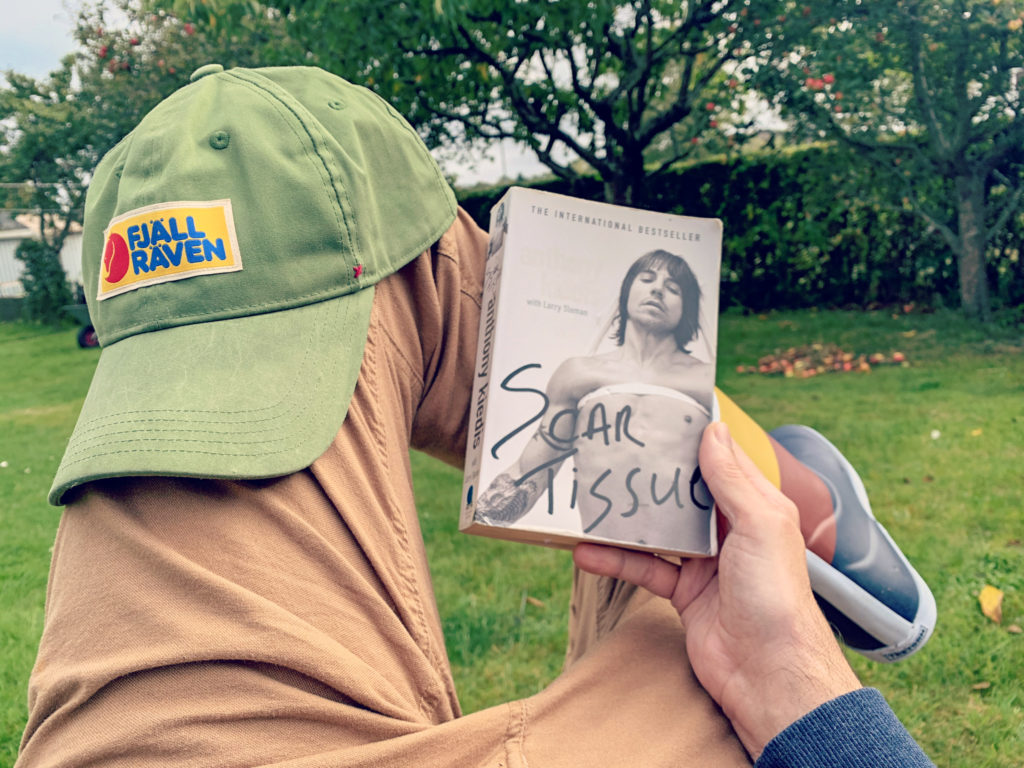 I’ve had this book in my bookshelf for nearly 15 years. I know this because I found the slip inside with the date on it. I bought it in South Africa when I lived in Cape Town, and it ended up following me to Sweden where I now live. I don’t really know why I never started reading it, even though I’ve always wanted to.

When I went through my bookshelf before summer looking for something worthwhile for summer, I thought now is the time.

Way back it was recommended to me by my friend Jack, who had just read it, when it was released in 2004. All the books Jack have recommended to me over the years have been great. That’s why I’ve always taken photos of Jack’s bookshelves when I visit him.

In short this book was an amazing read and perfect for this crazy time we are living in right now. Good to know some people have crazier lives than me, somehow made me feel normal. Anthony Kiedies is a lucky guy. How that man is still alive after what he’s put into his body, is beyond me. I like reading autobiographies and learning things about people, cause you never really know as much as you think you do.

One thing I didn’t know before reading this book, was that at the time The red hot chilli peppers became famous, they played a lot of concerts with three totally unknown bands back then, Nirvana, Smashing Pumpkins and Pearl Jam, who used to open their concerts for them. And look at them all now. “Tearjerker” was written by Anthony Kiedies when he found out Kurt Cobain killed himself.

Another thing I liked about this book was listening to the songs, whilst at the same time, reading the lyrics in the book. It just seemed to give the songs more meaning.

In the words of Anthony Kiedies about his own life, “All the anticipation of the moment hit me, and I instinctively knew that the miracle of manipulating energy and tapping into an infinite source of power and harnessing it in a small space with your friends was what I had been put on this earth to do.”