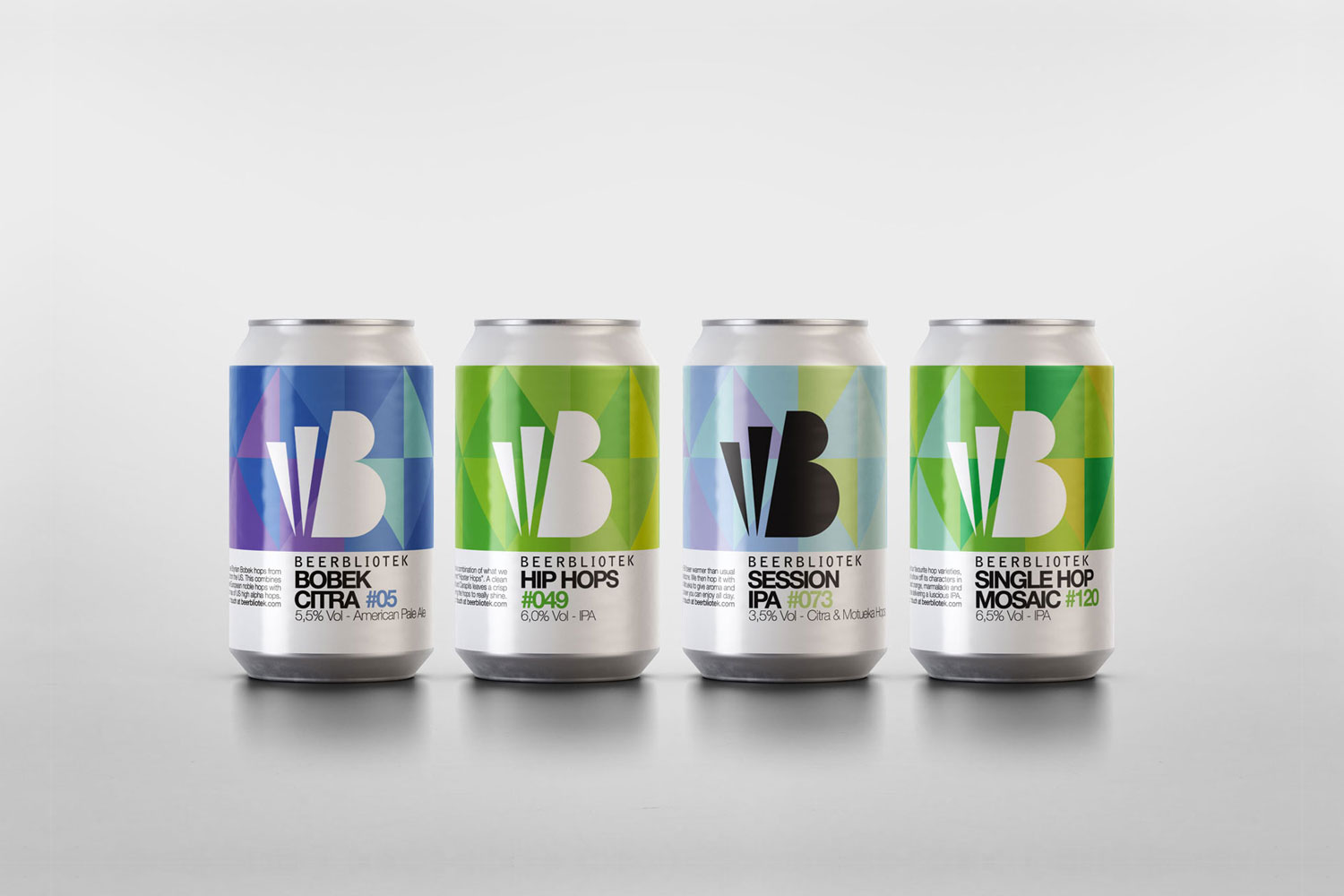 Beerbliotek is a Craft Brewery from Gothenburg, Sweden. Their brewing philosophy is to brew new beers and build a beer library. When they decided to add cans to their bottle and keg range, they chose their favourite four beers to form a Standard Assortment.

These cans are pre-printed, as the orders require large volumes. Since they moved over their majority of their products from bottles to cans, they have also started doing their own labelled cans, which allows for a smaller volumes and a shorter turnaround.